The housing market is growing volatile as the average apartment price in Seoul surpassed W1.1 billion even in government statistics and in the entire capital region W700 million (US$1=W1,176).

According to the Korea Real Estate Board on Tuesday, the average price of apartments in Seoul was W1.19 billion in July, an all-time high and up a whopping W181.17 million from just a month earlier. Across the entire capital region, the average was W721.26 million, a jump over W100 million in just a month.

But the rapid increase was partly due to a drastic increase in samples used in the latest survey by KREB. Until recently, it had been criticized for failing to properly reflect the market because the sample size was too small and its estimates were always much lower than actual figures.

Now KREB has doubled samples from 17,190 households to 35,000, which led to sharp increases in the average, which now more or less dovetails with KB Kookmin Bank’s W1.16 billion in Seoul and W724.06 million in the capital area. 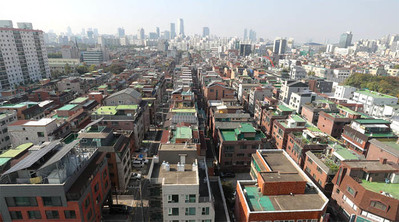 Half of Apartments in Seoul Cost over W1 Billion

The Korean Paralympic team arrived in Tokyo on Wednesday.The Paralympics start on Aug. 24 and end Sept. 5 with over 4,400 athletes from 130 countries competing in 539 events in 22 disciplines. Taekwondo and badminton were newly added.Korea's delegation consists of 159 people, of which 86 are athlete...

GM Korea will put its new electric SUV, the Bolt EUV, on sale online, the first time that a Korean automaker has embraced the direct sales channel successfully pioneered by Tesla. Customers can get their estimate and sign the contract on GM Korea's website. Opposition from car dealers had made that ...

Naver will create new webtoons based on super boy band Bangtan Boys, also known as BTS, as well as featuring superheroes like Superman and Batman.It will work with Hybe and DC Comics to create wholly new content based on their charges or trademarked characters, Naver Webtoon CEO Kim Jun-koo said in ...

Summer is coming to an end in Korea this weekend with scattered showers on Friday turning into heavier rains all through next week.Already on Thursday and Friday afternoon, some inland areas will be hit by thunderstorms, according to the Korea Meteorological Administration.Up to 60 mm of showers are...