Apple is to spend W100 billion in an effort to assuage the Fair Trade Commission, which accuses it of forcing mobile providers to shoulder advertising costs and subsidize phone repairs (US$1=W1,188).

Apple pledged to mend its ways, saying it will discuss advertising costs with the mobile providers, transparently reveal spending while ceasing to charge them for repairs and scrap a clause authorizing arbitrary contract cancellations.

The FTC will present Apple’s remedial plan to mobile service and other related groups for review until Oct. 3. If they deem it acceptable, the FTC will close the probe without citing any violations.

The FTC launched its probe last year and gave Apple until June to come up with remedial measures.

One staffer at a mobile provider said, “It’s great that Apple realized its wrongdoings and came up with corrective measures. I hope the problem can be resolved and we can maintain an amicable relationship.”

Read this article in Korean 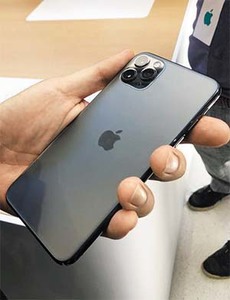 Apple Cuts iPhone Prices, But Not in Korea

Apple's Latest Phone Pricier in Korea Than in U.S, Japan

Six-time Olympic gold medalist Viktor Ahn has been appointed the coach of the Chinese national short track speed skating team."Ahn left for China after accepting an offer from the Chinese Skating Association. He is currently quarantining himself in Qingdao, Shandong Province," a source said on Monda...

Lee Hyo-ri has created a massive storm in a teacup with remarks that seemed insufficiently reverential of Mao Zedong, the founding father of communist China. On an MBC variety show last Saturday, Lee appeared as a member of a project girl band. As she and host Yoo Jae-suk were talking about her stag...

An increasing number of college students want to repeat the university entrance exam.Since universities have only been teaching online for a year and a half now, many feel they might as well use that free time to resit the exam and aim for a place at a better university or a more congenial major. Ac...

Some 2,052 people newly tested positive for coronavirus as of Friday morning, the second day in a row infections rose above 2,000 again.The government on Friday extended lockdown for another two weeks until Sept. 5 since the current rules seem to have had little effect in reducing numbers over the w...

Disaster movie "Sinkhole" attracted over 1 million moviegoers in less than a week since its release on Aug. 11.That is the shortest time for a Korean film to reach the milestone so far this year amid lean pickings for movie theaters in the coronavirus pandemic. According to the Korean Film Council, ...
Big Businesses Boost Investment Despite Plunging Profits
Gov’t in Quandary over Additional COVID Relief Money