Financial authorities are scrambling to come up with ways of curbing runaway borrowing as household debt keeps skyrocketing.

They believe spiraling loans are mainly to blame for the real-estate and stock-market bubbles since they are mostly used to invest in them. Koh Seung-beom, who has been nominated as chief of the Financial Services Commission, pledged Wednesday to use “all possible means” to curb household debt.

The government decided last month to cap the amount of loans per person in proportion with their income and gradually reduce their total debt by 2023. But that has angered borrowers in their 20s and 30s with relatively low wages.

One office worker in his 30s was surprised when he received a text message from his bank saying it would increase his interest rate again to 3.31 percent only a month after it was raised from 2.74 percent to 3.11 percent. He had borrowed W25 million to buy a house (US$1=W1,170).

The loan limits was reintroduced in April after being set aside due to the coronavirus pandemic. Financial authorities told banks to keep the increase in household lending at 5-6 percent, so banks started increasing interest rates.

“It’s impossible to reduce the limit on loans that have already been taken out. The only option we have is to raise the interest rate,” a bank staffer said.

The benchmark rate has been just 0.5 percent since May last year, but the average interest rate for loans from commercial banks reached 3.8 percent in June, up nearly one percentage point from a year earlier. But that has made little difference. According to the FSC, housing loans increased by W7.5 trillion and other loans by W7.7 trillion in July.

Last week the Financial Supervisory Service summoned executives at major banks and told them to reduce the limit of loans under W100 million from double the size of the borrower’s salary to the size of their salary. The FSS pledged on Tuesday to apply the same principle to second-tier lenders.

Household Debt Soars Another W10 Trillion in a Month 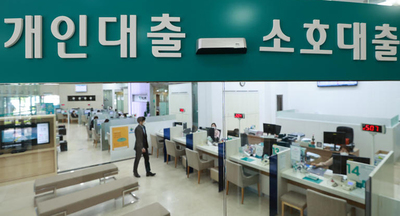 Middle-Class Families Tighten Belt the Most

Household Debt Increases at Fastest Clip Ever in August

Debt Rises Much Faster Than Incomes

The use of the White House by President Donald Trump and first lady Melania Trump for events related to this week's Republican National Convention are legal, according to administration officials.  For others working in the White House and the administration, however, there are lines not to be ...

Protesters gathered late Sunday in the U.S. city of Kenosha, Wisconsin after police there shot a Black man. A video posted on social media shows the man walking in front of a vehicle while three officers follow him with their guns drawn. As the man opens the door of the vehicle and leans inside, one...

U.S. Secretary of State Mike Pompeo said Monday the United States will ensure Israel's military advantage in the Middle East under any potential U.S. arms deals with the United Arab Emirates."The United States has a legal requirement with respect to qualitative military edge. We will continue to hon...

The Taliban are continuing to consolidate power in Afghanistan amid reports of violence against protesters in the eastern part of the country, a day after the Islamist group announced the "war is over" and there would be no retribution. Witnesses say Taliban insurgents fired into the air and beat pe...

The number of people seeking unemployment benefits fell last week for a fourth straight time to a pandemic low, the latest sign that America's job market is rebounding from the pandemic recession as employers boost hiring to meet a surge in consumer demand.The Labor Department reported Thursday that...