Girl band Loona marked the third anniversary of their debut on Thursday.

Loona have attracted many fans not only from Korea but also all over the world since debuting in 2018.

They have topped iTunes’ album chart in the U.S. with all four albums they have released. Their latest mini album “&” came out just in June.

With the third mini album “12:00 (Midnight)” last year, they entered the U.S.’ Billboard chart for the first time.

The 12 girls posted a handwritten letter on their fan site to thank them for their support. 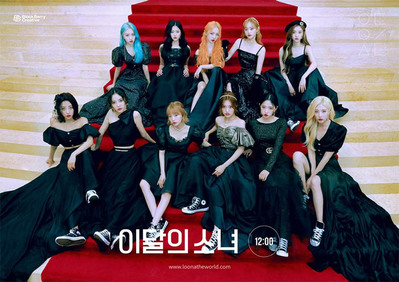 The government of Hong Kong is refusing to recognize vaccination certificates from Korea, so Koreans will be denied visa-free entry to the territory and have to endure three weeks' quarantine there.Hong Kong tightened entry and quarantine requirements after a fully vaccinated woman from the U.S. tes...

Officials with the World Health Organization are downplaying a confirmed case of a Hong Kong man who became reinfected with COVID-19, saying chances of that happening on regular basis are slim.University of Hong Kong scientists announced the development Monday, saying the virus strains that infected...

The hospital treating gravely ill Russian opposition leader Aleksei Navalny since he was medically airlifted to Germany two days earlier said on Aug. 24 that its tests indicate he was "poisoned." Navalny "is in an intensive-care unit and is still in an induced coma," it said, adding that his health ...

The ruling party is mulling additional relief payouts to people hit by the coronavirus epidemic, but there are increasing concerns where the money will come from and who will qualify.The government says it is too early to discuss another payout. "We need to focus our attention on quarantine measures...
KOSPI-Listed Companies Post Record Sales
Big Businesses Create Almost No New Jobs