The remains of independence fighter Hong Beom-do have been laid to rest in his homeland 78 years after his death.

A burial ceremony was held Wednesday at the National Cemetery in Daejeon attended by President Moon Jae-in and first lady Kim Jung-sook as well as other dignitaries. In a eulogy, Moon thanked the Kazakh government and ethnic Koreans there for helping to repatriate Hong, calling him a hero and the pride of all Koreans.

Hong’s burial followed a two-day mourning period after his remains were repatriated from Kazakhstan on Sunday ahead of Kazakh President Kassym-Jomart Tokayev’s state visit to Korea early this week.

Hong was a commander of the Korean Independence Army during Japan’s 1910 to 45 colonial rule. He is famous for leading his freedom fighters to victory against Japanese troops at the Bongodong Battle in Manchuria in 1920. The following year, Hong fled to the Soviet Union, but in 1937 he was deported with other Koreans to Kazakhstan on Stalin’s orders, where he died in 1943.

On Tuesday, Moon awarded him a posthumous medal of honor. 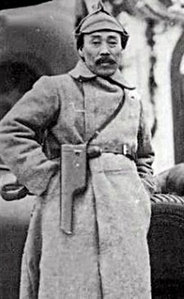 Remains of Independence Fighter to Be Repatriated from Kazakhstan

Abe Returns to Hospital, Fueling Speculation About His Health

Japan's Prime Minister Shinzo Abe visited the hospital for the second time in a week, fueling speculation he may be facing a serious health issue.Following his visit to Tokyo's Keio University Hospital, Abe, 65, told reporters he was following up on a previous visit and to undergo additional tests.&...

Amid the resurgence of coronavirus infections, domestic airlines saw passenger traffic decline more than 18 percent last weekend compared to a week earlier.Airlines face another huge hit after a slight recovery in passenger numbers on their domestic routes, amid curtailed international flights.Accor...

The labor costs of Korea's major game developers have soared by over W90 billion in the first half of this year because they paid out bumper incentives to keep top staff from being poached (US$1=W1,170). According to business reports Wednesday by the six major game developers, top-ranked Nexon spent...

Financial authorities are scrambling to come up with ways of curbing runaway borrowing as household debt keeps skyrocketing. They believe spiraling loans are mainly to blame for the real-estate and stock-market bubbles since they are mostly used to invest in them. Koh Seung-beom, who has been nomina...

North Korea declared a no-sail zone for ships off its east coast earlier this week, suggesting it may have been planning a missile launch or other weapons test that apparently never occurred, according to South Korean reports.  The warning was issued for Sunday through Monday in the northeaster...
Summer Ending with Long Week of Rain
Biden Announces COVID Vaccine Booster Shots for All Americans